Chicken to the Rescue on Busy Weeknights

“A chicken in every pot.”

Such was the aspiration of the early seventeenth century French king, Henry IV, for his subjects. (The same wish has been attributed to several American presidents, notably Herbert Hoover.) 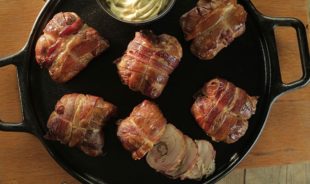 Such is chicken’s popularity on Planet Barbecue that no live-fire cooking technique is too outrageous to cook it. (Americans alone eat over 8 billion chickens per year, nearly 60 pounds per person.) Not beer canning (grilling the bird upright on an open can of beer), a technique pioneered in the U.S., the singular subject of my book Beer Can Chicken. Not al mattone, a popular Tuscan chicken preparation seasoned with rosemary- and sage-scented salt. Not salt crusting, which seals in flavor and moistness, a method championed by grill visionary Francis Mallmann. 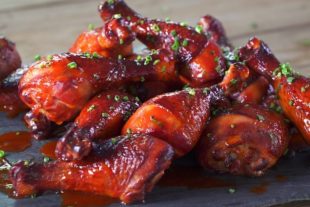 But what are your options when you open the refrigerator some weeknight to find a package of chicken breasts, thighs, legs—or even a whole chicken—begging to be used before the meat’s past its prime? Relax. You have many options, none of which will require exotic ingredients or take more than an hour to put on the table. (A little longer if you decide to brine.) These recipes will be valuable additions to your poultry repertoire.